While best known for his magazine stories of The Old Duck Hunters Association, Inc. (the Inc. standing for incorrigible), MacQuarrie was first a newsman. He rose to managing editor at his hometown Superior, Wisconsin Superior Evening Telegram before being hired by The Milwaukee Journal in 1936 as the nation's first outdoor writer. There he wrote 3000 stories in his outdoor column, “Right Off The Reel” before his death in 1956. At the same time he wrote well over 100 stories for national outdoor magazines, many of them about the exploits of The Old Duck Hunters.

MacQuarrie wrote with passion and wit and an ability to put the reader in the boat or blind right next to him. Zack Taylor, editor of many of the ODHA books, called it the MacQuarrie Magic, and we agree.  Mac's era was a time of awakening conservation and eagerness to enjoy nature for its own sake, not just for providing a heavy bag. In this “Golden Age of Outdoor Writing” MacQuarrie's name was listed on the cover of all the major outdoor magazines.

The Old Duck Hunters Association was a literary devise MacQuarrie invented, with his Father-in-law Al Peck as Mr. President and MacQuarrie serving as the lesser membership. While fictional, the exploits of these two, along with some other cronies was based on their actual hunting and fishing trips.

As a reporter, MacQuarrie covered the conservation scene in Wisconsin and beyond, but in ODHA stories he often returned to his beloved northwest Wisconsin, and especially to a vertical log cabin a few miles from the Barnes Area Historical Association (BAHA) Museum. Come and visit this area he loved, learn from the displays, enjoy the land and waters, and you, too, will experience the MacQuarrie Magic.

A History of Gordon MacQuarrie

Gordon MacQuarrie, was born of Scottish-Canadian parents and was raised in Superior, Wisconsin. He was a champion pole vaulter in high school and a drummer in a band during college years.

Following his graduation from UW-Madison in journalism, he became a cub reporter for the Superior Evening Telegram. He became its outdoors sports editor and managing editor until he joined the Milwaukee Journal in 1936 as it’s outdoors sports editor.  He was the nation’s first full-time newspaper outdoors sports writer and wrote popular columns entitled Right Off The Reel and Jack Pine Joe.

He wrote articles on duck hunting, fly fishing and grouse hunting conveying the deeply emotional, lightly humorous, and fundamental philosophical aspects of hunting and fishing. He affected readers so much his stories shaped their attitudes and lives.

He wrote Gertie The Duck during WWII gaining him international notice and fame and later, a mini-biography on Ole Evinrude. For the Carry-Lite Decoy Company, he wrote a duck hunting handbook.

He coined the mythical Old Duck Hunters’ Association, Inc., using fellow hunters and fishermen as characters in his stories while writing from ODHA headquarters at his lake cabin on Middle Eau Claire Lake in Barnes, Wisconsin. His eccentric father-in-law, Al Peck, was his fishing and hunting mentor and entered his stories as “Mister President” and “Hizzonor” of the ODHA, Inc. Lake cabin neighbors became characters in his stories including dentist Dr. Patrick Tierney, best friend Paul Skamser, neighbor Oscar Ruprecht, and work colleague Bill Stewart.

He had an “uncanny ability to make us want to join him in that icy November duck blind watching canvasbacks and bluebills slash into the decoys”.

He “probably could have brought a smile to your face or a tear to your eye if he had written about paneling his basement”. A “masterful storyteller”, he “described his duck blinds and hunting sites in terms of what those places could do for your soul”. His award-winning writing style helped raise the level of the entire field.

He authored articles for national outdoor magazines as well as the newspaper, and his collected stories were compiled into books like Stories of the Old Duck Hunters and Other Drivel. MacQuarrie’s contributions were cut short by a fatal heart attack at the age of 56.

He was the first communicator inducted into the Wisconsin Conservation Hall of Fame.

In 1993, he was named one of the 100 Distinguished Alumni of the University of Wisconsin- Superior.

In 1998, he was inducted into the National Freshwater Fishing Hall of Fame..

In 2000, the University of Wisconsin renamed a Douglas County wetlands the Gordon MacQuarrie Memorial Wetlands.

His biography was published by Keith Crowley in 2003: Gordon MacQuarrie: The Story of an Old Duck Hunter .

In a time when it was unpopular, he promoted causes of wildlife management,  conservation, and environmental sociology. He was the first journalist to fearlessly write about wildlife conservation issues being influenced by a friend, Aldo Leopold, author of The Sand County Almanac, and the contemporary writings of Sigurd Olson.

Although MacQuarrie's yarns were written more than a half-century ago, they continue to speak as eloquently of the joys and sorrows of the average duck hunter as any works of American sporting literature.

Books of Gordon MacQuarrie’s full length articles and newspaper columns include the following: 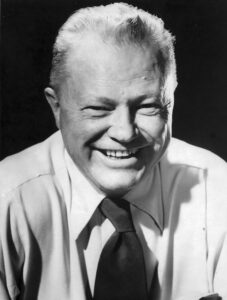 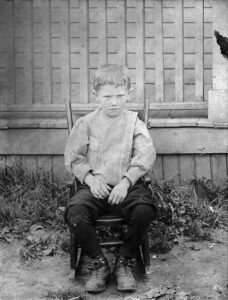 Gordon MacQuarrie
as a young boy. 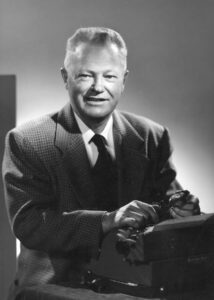 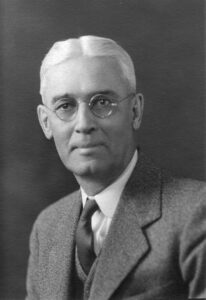 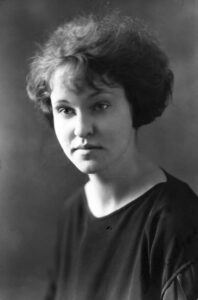 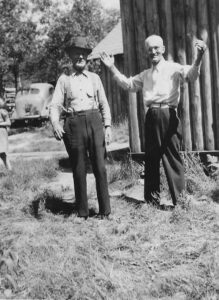 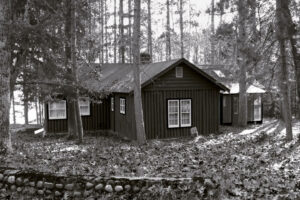 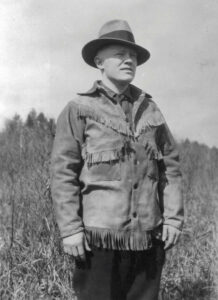 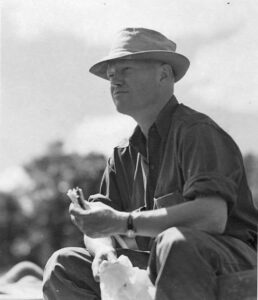 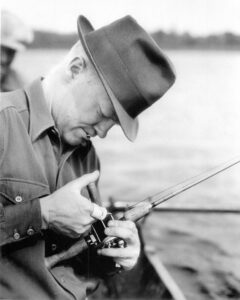 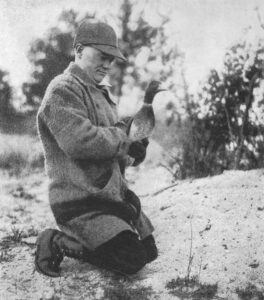 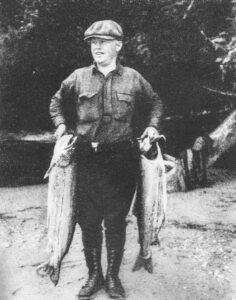 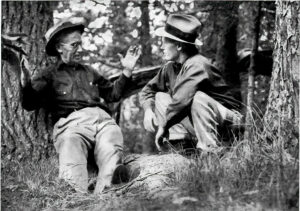 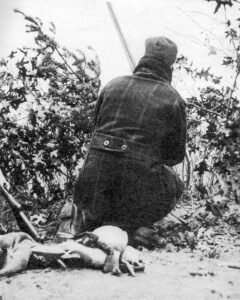 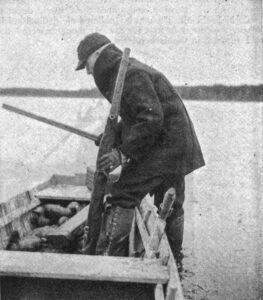 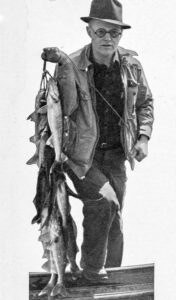 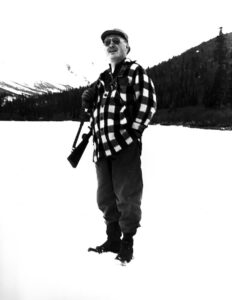 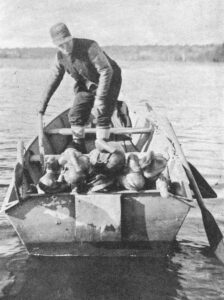 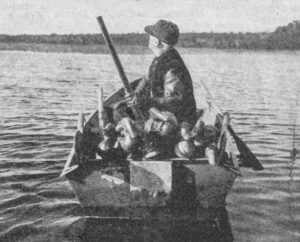 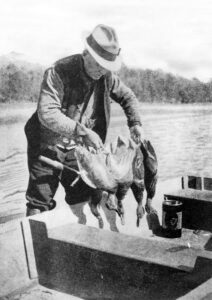 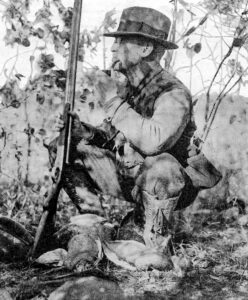 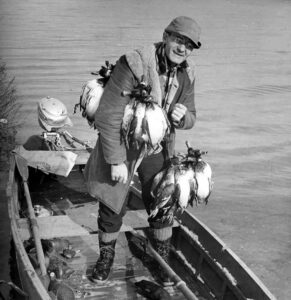 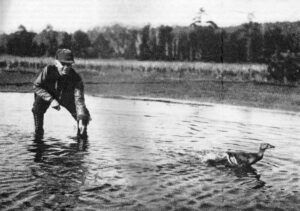 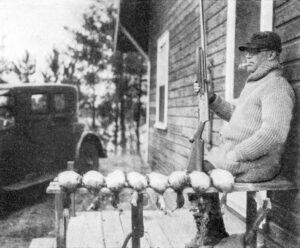 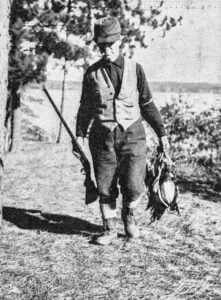 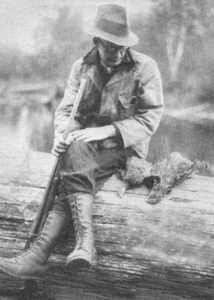 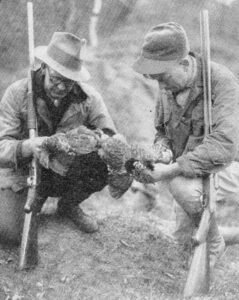 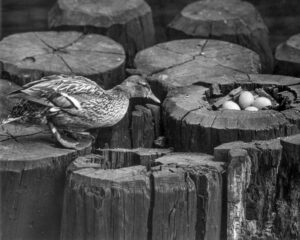 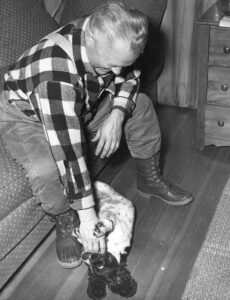