This very popular event that we host is our annual “Gordon MacQuarrie Pilgrimage & Canoe Tour”. This event was first held in September 2016 by Dave Thorson, and was well attended by guests from near and far. Dan Small, from Outdoor Wisconsin on PBS, attended and filmed much of this first event and used it as part of two episodes. Unfortunately, Dave passed away in December of that year. It was so successful that we decided to continue what he started and dedicate this annual event to Dave’s memory. We added an optional canoe tour on the Brule River, Gordon’s favorite trout fishing spot was the scene of many stories he wrote about the escapades of “The Old Duck Hunters Association” on the river.

Our version is a three day outing that begins early on Friday with an optional Sporting Clays Shoot. Check-in begins at noon on Friday afternoon at The Barnes Town Hall. All meals are provided throughout the weekend. The Town Hall is filled with tables of interesting topics and demonstrations such as decoy carving, fly tying, split bamboo fly rod making, flycasting and MacQuarrie books and memorabilia. The Museum is also open for visiting. In the evening there is a fish fry. After the fish fry, we move to the Museum for a guided tour of the MacQuarrie exhibit. Toward sundown, we then gather on the Museum grounds around a campfire for the “Pine Knot Campfire Chat”. We reverently and ceremonially burn pine knots and toast the memory of Gordon, and have a spirited group discussion about anything MacQuarrie.

On the second day, Saturday, we gather at the Town Hall for breakfast, and organize for the two optional guided tours of locations that served as settings for his many stories. On one tour we travel on the Middle Eau Claire Lake, visiting many of the spots he wrote about such as Blunt Point, the Hole in The Wall, Posey’s Point and the Thoroughfare. Also along the way there is a stop and an on shore visit to Gordon’s cabin and the cabins of his neighboring friends. The second is a road tour of land-based favorite hunting and fishing spots that he wrote about such as the Cathedral, the Ice House, the Thoroughfare, Ruprecht’s Sugar Bush, Shallow Bay, Richard’s Lakes and Gus Blomberg’s Point. The Road Tour varies from year to year between three different itineraries. Lunch is on board for both tours and is served along the way. We then return to the Town Hall from both tours.

Upon return from the tours, on Saturday evening we host a Banquet and Program. We call on experts to talk about Gordon and his stories and experiences. You will meet local people who knew Gordon or will relate stories that their parents told to them about MacQuarrie experiences that they had with him. This area and his log cabin were the favorite places that he loved so much. Many of his stories were written about his experiences in this Northern Wisconsin Paradise, as he often called it.

On Sunday, we offer an optional canoe trip down the Brule River, the most favorite place of fly fishing enjoyment of Mac’s. We gather for breakfast at Maki’s Café that was called “The Coffee Cup” in Gordon’s days in Barnes. We transport the participants to Stone’s Bridge on the Brule River and put in there for a guided tour and sightings of many favorite spots that Gordon fished and wrote about. This is about a five hour tour with lunch on board. The tour culminates at Winneboujou Landing, and the participants are then transported back to Barnes.

As previously mentioned, all meals from the Friday lunch through the Saturday night Banquet are provided. The MacQuarrie theme and some of the menus contain dishes of his liking. Notices and registration forms are sent out early in the year to ODHA Circle members and are open to anyone who would like to participate and enjoy a historical weekend designed around the life and times of this prolific, nationally known Journalist. Information on local lodging along with the weekend schedule and other information is sent to the Attendees upon registration to attend the event.

If you would like to attend you can print out the forms below and send them along with a check made payable to BAHA to the address noted on the forms. Or, if you choose, you can register and pay on line following the links below. 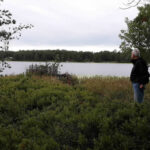 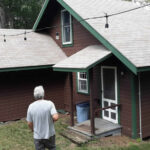 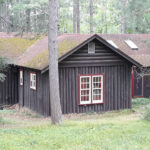 “I was home all right. I have another home, said to be much nicer. But this is the talk of persons who like cities, and in some cases, actually fear the woods.” From Nothing to Do for Three Weeks. MacQuarrie's pride and joy, Middle Eau Claire Lake 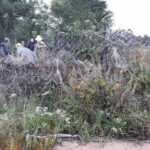 “The point on Little Bass Lake was- and still is-one of the most sought after ducking points in northwest Wisconsin.” From Ducks? You Bat You! 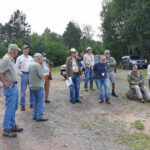 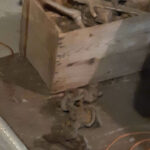 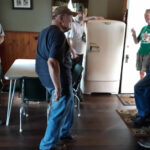 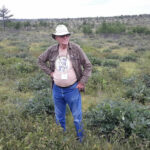 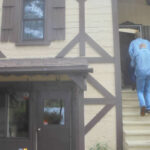 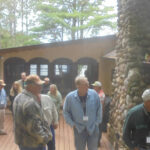 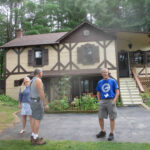 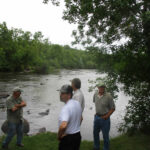 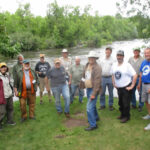 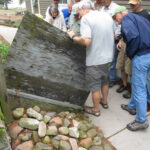 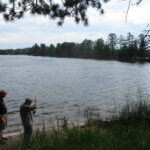 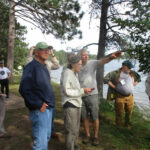